A downloadable game for Windows

It is a night  too long and a road even longer...

Adrian is a tired police officer from Surv City that patrols the long almost eternal J-08 highway. His duty: stop the fairy dust's traffickers that kidnap fairies to steal their dust and sell it as the best design drug at the discos.

As Adrian, we will drive our racing car to chase The Queen of Dust, a dangerous woman that kidnaps several fairies this endless night. We need to chase her and be careful with her missiles, picking the most Fairies that we could in our way.

Use direction UP and Down keys or W and S keys to move between the lanes to pick the Fairies and to avoid the missiles. Careful with Queen's tricks, from time to time she will slow down to make you crash.

Use the direction LEFT and RIGHT keys or A and D to up and down the car's gears to go faster or slower. Careful, high speed has more probability to crash!

A Game For a GameJam

This little adventure began was August 2021. Mario, our Resuscitator Crow, come to the studio super excited with the idea of participating in a GameJam. He wanted that for once the whole studio worked together on the same project. That idea excited the rest of the crows, so I couldn't say no. I thought that was a great idea to work together for once and see how we work as a team. We spend a couple of days sharing ideas, doing our brainstorming. It was a little chaotic, we all are very creative and that means that we had a lot of ideas for our theme, that was "Too long". Some wanted to do something like a sword that grows, others a bug that grows when he eats, or a labyrinth, or a roll with infinite paint, a murder investigation, a jumping game, an infinite building, or a cinematic loop, just to mention some ideas. Yes, there were many ideas and we had a short time to make them real and that created some kind of conflict inside our little studio.  And it could have ended in a catastrophe, however, we tried our best to talk and decide by votation the idea that we all liked, or at least the one that the most liked. An Out Run-type game.

We didn't finish the game on time. We had many problems with the mechanics, the code, and the art, however, we worked together and finished together. It helped us to know each other better, our flaws and our strengths, and to see what we are capable of, on our own and as a team, as a studio, and as family. And I think that was even better than winning the Jam, that was the best reward.

The Music of Fairy Police

By Lea Carrizo the "Noisy Crow" 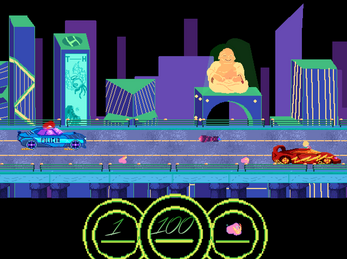 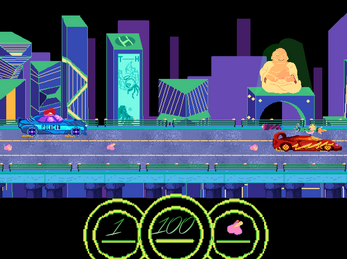 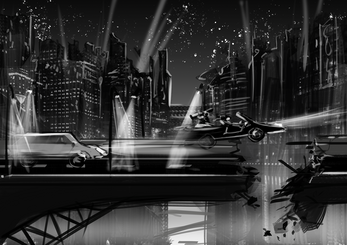 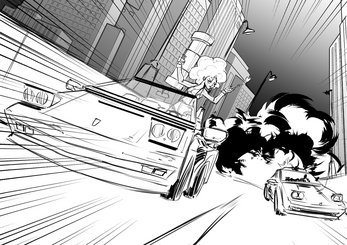 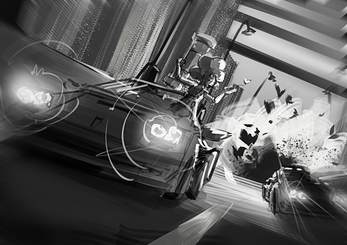 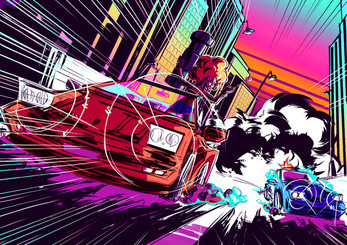 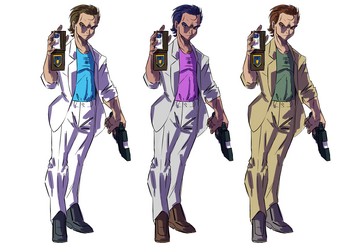 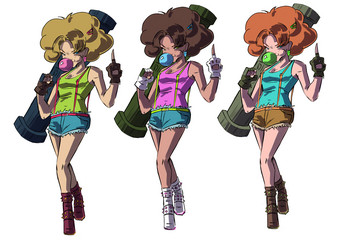