This game developed in Spanish is a collaboration between my studio, GMW Studio, and Reckless Monster Studio an indie studio from Tenerife formed by José Marrero (programer), Dacil Delgado, and David Pérez (Artists). They developed crazy and funny games like Murray or Oh My Garden! that is still in development. The project that they asked me to collaborate on is The 21 in 1 Game Series, a parody of the fake console games that sold itself as 1000 games in 1 and then that was only 5 games originals and the rest were copies. Murray is part of this series.

Working with them was a funny experience with a little touch of chaos, which always makes the games more interesting. 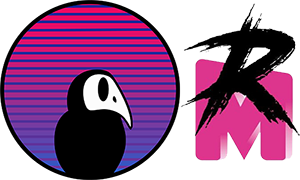 Death By Pickle tells the story of Gary, a man that is obsessed with a videogame until the point to mix reality with his favorite game. Now that he is trapped in this parallel reality, we need to help him to solve the mystery of the lady in the jar to set him free. Will you discover the truth? 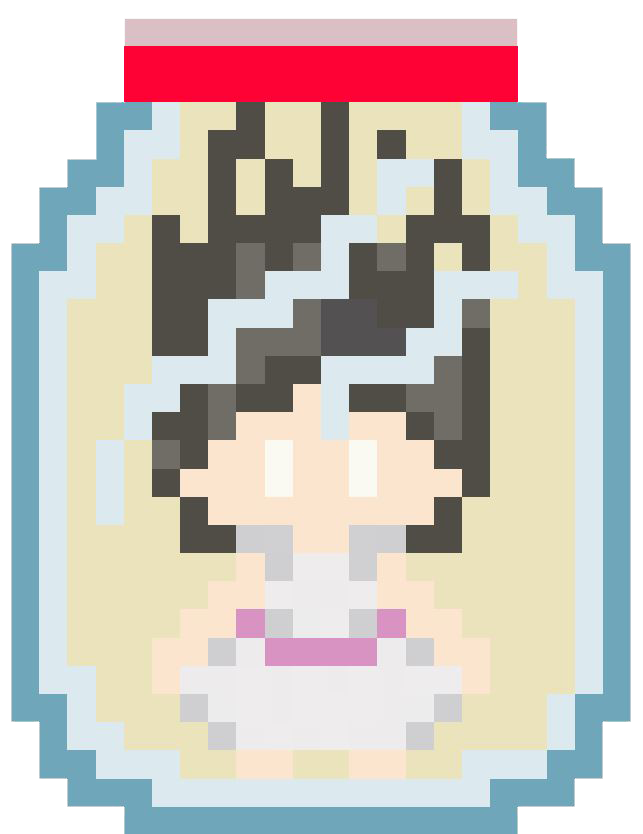 Vine Inside the Jar

This asset that now is the central piece of the game was born from a mistake and a joke. When I was creating the pickles jar, I drew one of 32X32, which means that was the exact Gary’s size, the protagonist. I put Gary behind the jar, trying to figure out what was the right size. I passed the image to my team as a joke with the title, «I put the character inside the jar :D». And from that joke, was born the idea to put the corpse inside the pickles jar, again, as a joke. So, I did it. And the asset liked so much, that became the central piece of the level, representing, in a poetic way, Vine’s death. 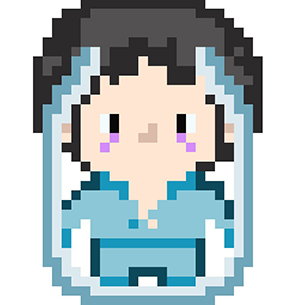 Gary inside the jar

From the name of the game, going through the used colors that are the puke color and the pickle color from the jar, to the names of the protagonists (Vine and Gary. Vine-Gar) and the console (JarGames).

My Experience Developing Death By Pickle

I am from Spain and regrettably, here, being Game Designer is still underestimated and unknown. And that could be very frustrating. I will share my experience working in this particular game, however, I based the entire post on different experiences that I’ve had these last months. Work with Reckless Monster is just one of them. One that had its good and bad things and from which I learned the most.

What does a Game Designer do?

First, a game designer designs games. It’s that simple? No. My job is to design the mechanics, the story, the aesthetic, the camera, the characters… In other words, I design what we call the system, the different aspects that form the experience.

But, sometimes, other members of the team can take a part of the designer's responsibility and design some parts of the game. For example, an artist could design the environments and the biomes or a programmer do the levels. (I want to clarify that I’m talking in general and about small teams. The work dynamics inside a big company or team change a lot).

When the team works well together, this will mean for the designer to have more time to focus on the «complicated» tasks like the camera, the mechanics, or the levels. However, when the team doesn’t work well, this means a problem. I will explain why. Game designers (usually) work using GDDs (Game Design Documents), diagrams, and other methods to have their ideas well explained and ordered for the team and for themselves. So, what happens when the rest of the team doesn’t work like that? Chaos. Then, you have an artist that doesn’t know what needs to do, a writer that designs a parallel story that doesn’t have any sense with the mechanics, and a programmer that is lost and will do whatever he/she wants. And then, is when the frustration comes. So...

What does a Game Designer do in a situation like that?

Well, that is a complicated question because it depends a lot on the team that she/he has. Again, if the team listens and works in syntony with the designer, she/he will be able to take control, make a good GDD, and fix the problems. Because that is the second part of the game designer’s job: fix problems and coordinate the team.

However, when the team doesn’t want to listen because they already have their own way of doing things, is when frustration knocks down the door and razes with everything. In those moments, you can hear phrases like: “Don’t worry! We can finish it tomorrow! What is the hurry?” “You are taking this job too seriously. Relax. Have fun”. Or, my favorite: “Hey, this is my way to do the things. You have yours. Everyone does what they can. If you can do more, good for you».

Are these phrases said with malice? No (usually), but they hurt and demoralize anyways. They will make you feel stupid to «take the job too seriously» or to «work too much». Then, it will make you feel angry because the rest is not working «at the same level as you» or «having the same interest». And that will affect the game, your health, and your mind.

I learned these lessons badly. I hope that this advice helps you to don’t make the same mistakes.

1. Do ALWAYS a GDD. Even if your team will not use it. Even if they don’t understand the importance behind it. DO IT. Believe me. You’ll appreciate it later.

2. Love your job, even if the rest underestimate it. Don’t try to explain it to a team that doesn’t want to understand it. Do it once and just once. I DESIGN GAMES. Is not that simple, but is that simple. Don’t forget it.

3. Do your job. Try to be kind and polite. Your game will reflect all your love and passion but, also, all your anger and frustration. So, don’t punish your game for a bad team or a bad experience. Those things will disappear with time, but your game will stay. And is your decision if it will become something that you will be proud of or something that you will hate.

The Art of Death By Pickle 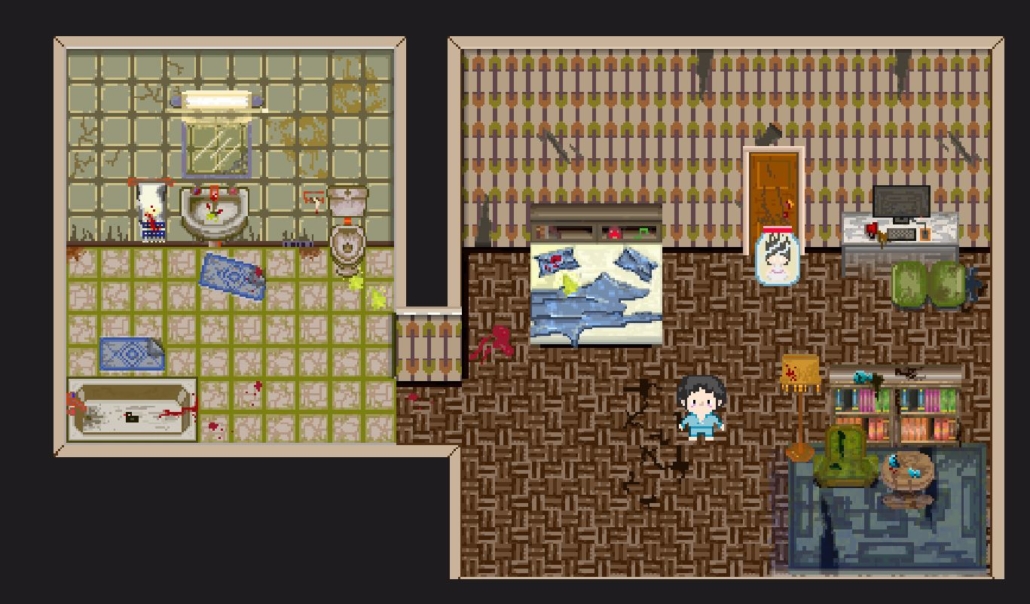 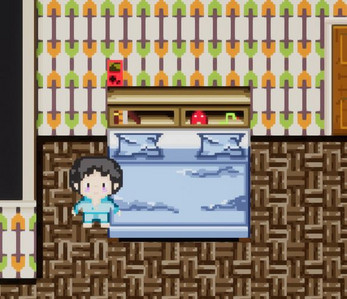 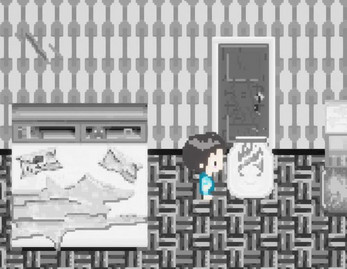 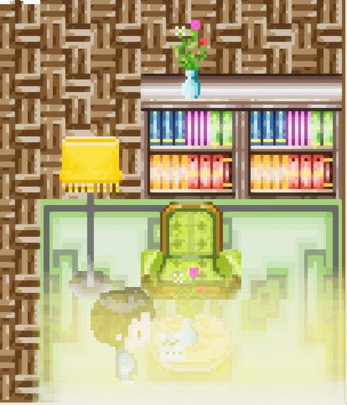 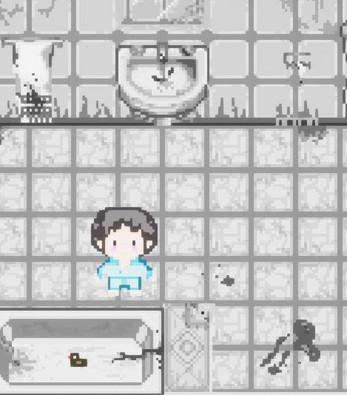 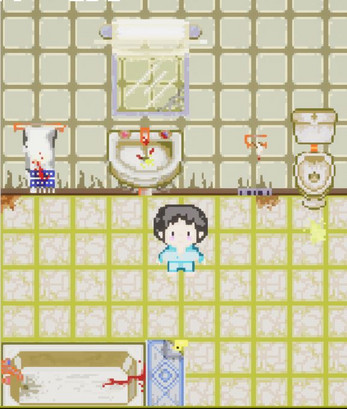